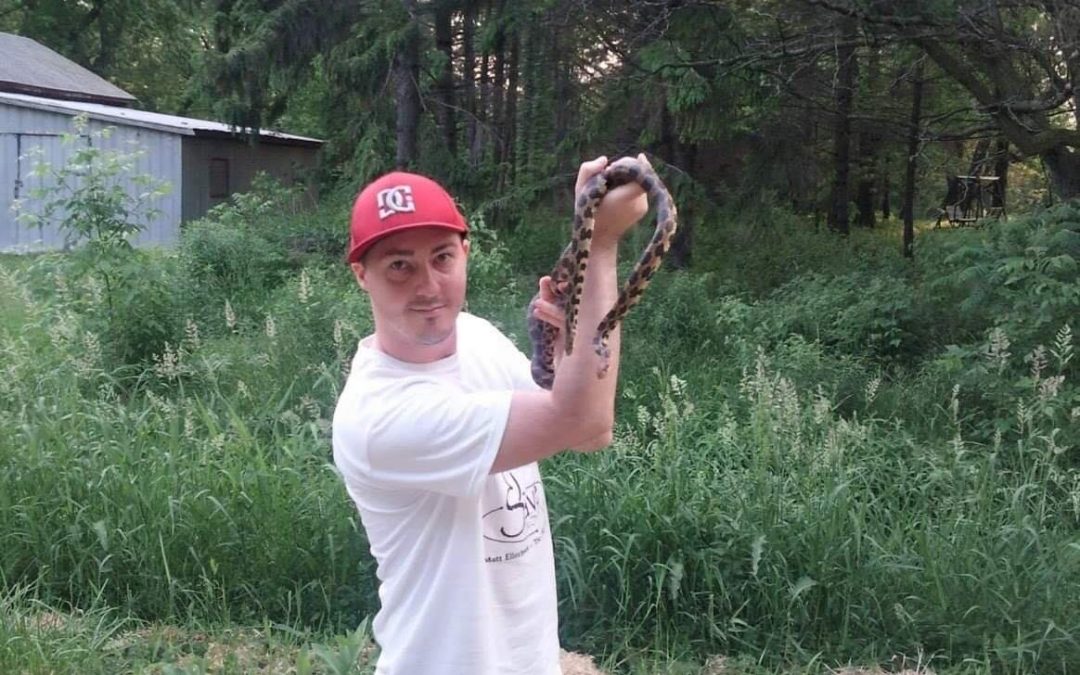 SNAKES are amazing creatures. They hear with their mouths, smell with their tongue, dislocate their jaws to swallow prey many times larger than themselves, and their species both lays eggs and gives birth live.   They form bonds with other snakes, and at least one study has shown that they are capable of feeling ‘anxiety, stress, distress, excitement, fear, frustration, pain, and suffering.’

Snakes are found in just about every place on earth (there are a few exceptions, eg Antarctica and New Zealand), but their numbers are in decline right around the globe. Some species have already gone extinct, and many others are at risk.

Snake Advocacy is an initiative created and run by Canadian snake advocate Matt Ellerbeck, whose preservation work has earned him both a Green Globe Nomination and an Award from the Cataraqui Conservation Foundation.

Matt Ellerbeck focuses his snake advocacy efforts largely on outreach education. His objective is to educate the general public about the threats that snake populations are facing, and providing information and how individuals can combat these threats. This includes habitat management, environmental stewardship, and informed decision making.

When and how did your interest in snakes come about?

I have loved snakes and been fascinated by them since I was a young child. I can recall observing large Water Snakes (Nerodia sipedon), Garter Snakes (Thamnophis sirtalis), and Smooth Green Snakes (Opheodrys vernalis) at my grandparent’s summer cottage when I was about 8 years old. The memories of these snake encounters are still very vivid in my mind, which is a testament to love of these animals. As a kid, I remember sharing my enthusiasm for snakes with others. Sadly, this enthusiasm was often retorted with negative comments about snakes. ”The Only Good Snake is a Dead Snake” was a statement I heard many times from people. Individuals would often callously tell me stories about snakes they had killed. I was devastated by this. It was this hatred of snakes that inspired me to want to become a Snake Advocate and Preservationist. Now for over 15 years I have been trying to advocate for the protection of these misunderstood animals. 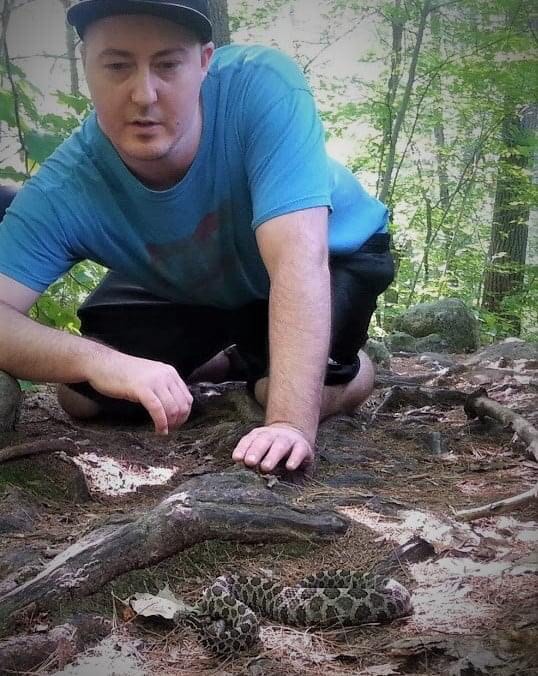 Tell us why snakes are amazing.

Snakes are amazing in many ways. First of all, they have existed for around 100 million years. They have diversified into some 3,000 different species and managed to find ways to survive in a wide array of habitats like deserts, oceans, mountains, forests, and prairies. They have extremely varied colors and patterns that are all beautiful. Snakes are also amazing just simply due to their intrinsic value.

Yes, there are many endangered snake species from all over the world. Snakes are threatened by habitat loss, road mortality, and climate change. Sadly, snakes are also captured from the wild and killed for food markets and for their skins. Legions of snakes are also intentionally killed by people who hate and fear them. 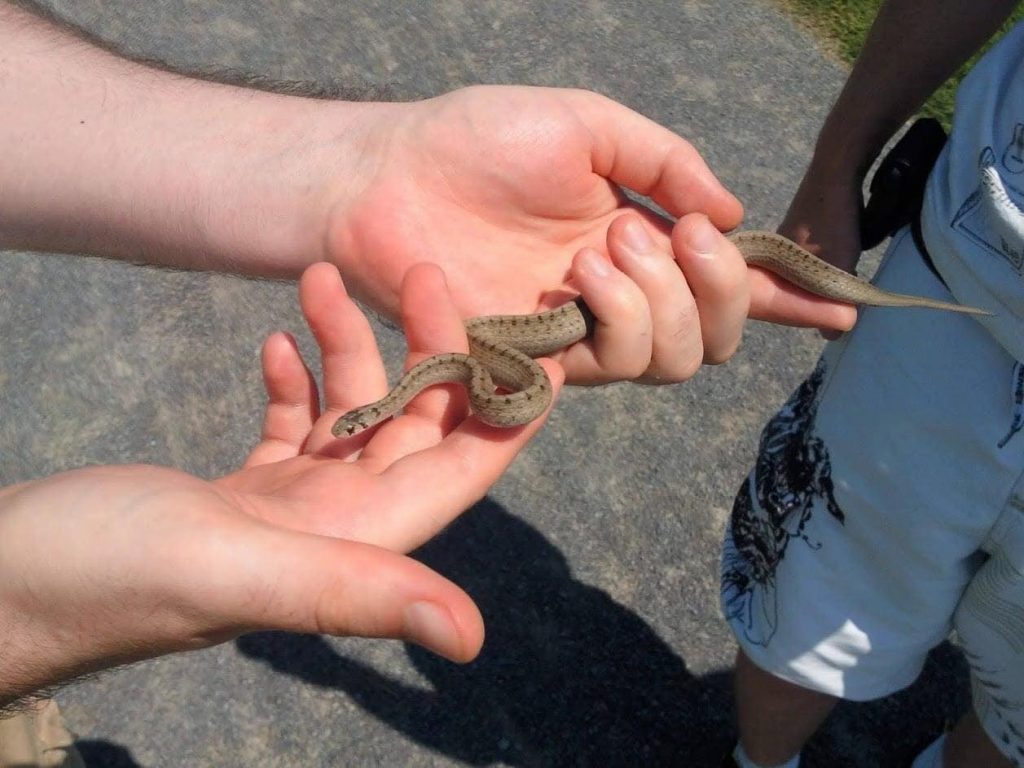 Northern Brown Snake Matt moved off of a busy path.

What can we do to help snakes?

There are many things we can do to help snakes. From creating small habitats on our properties, to being good stewards to the environment, they are lots of efforts that can be made to help snakes. For a list of actions that people can take that will contribute to the betterment of snakes please visit my website, www.snakeadvocacy.com.