A Tale Of Two Sheep 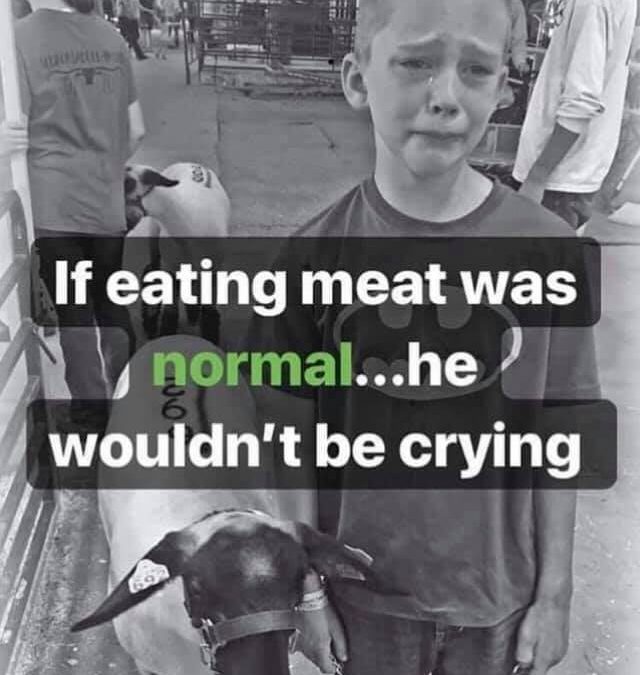 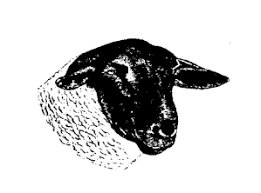 In this true story End Animal Slaughter contributor Maya Cohen-Ronen recounts the heart of a mother…. and the altruism that can exist between sentient beings.

A couple of days ago as I was scrolling through my Facebook feed somewhat absentmindedly, one story managed to capture my attention. It was a beautiful story with a substantial ‘feel-good’ element to it. A story of two sheep.

Somewhere in the United States of America there is a sheep farm. There is nothing particularly interesting about this farm. It is owned by a couple I know nothing about, and their children participate in the American 4-H programme, in which farming children are encouraged to raise ‘their own’ animals, invest in them emotionally, then once ready – sell them off to slaughter. I’ll get to that bit a little later.

In this said farm, there live two sheep. Of course, there were more sheep, but only these two are of interest to this story. To refrain from referring to them as ‘Sheep One’ and ‘Sheep Two’ I shall hereby name them Agnetha and Anni-Frid.

Like all sheep in farms around the world, Agnetha and Anni-Frid were bred to serve a purpose. This purpose is monetary. Their female reproductive systems are exploited for man’s financial benefit. Like their sisters, Agnetha and Anni-Frid are routinely forcefully impregnated, so that a new generation of lambs can then be ‘harvested’ to feed people who enjoy feasting on decomposing young flesh.

Agnetha and Anni-Frid were pregnant together. In silence they carried their babies to full term. I don’t know about you the reader, but as a mother who experienced this miraculous phenomenon first hand, I know the magical feeling of having a baby inside your uterus. Sensing it grow, the first tingling bubbles, the movements and the kicks, the hormonal storm, the growing heaviness of the breasts as their feeding role nears. As fellow mammals, I have no reason to doubt that Agnetha and Anni-Frid experienced such emotions as well, to some degree.

It was Agnetha who felt the pain of child birth first. It was early, her lamb was not yet due. In sadness she gave birth to her son. He was dead. In the morning, the farmer took away the lifeless little body.

Agnetha was devastated. Her grief was palpable. She didn’t stop crying. For days she kept calling for her baby, but he never came back.

A couple of weeks later, it was Anni-Frid’s turn to give birth. In pain she delivered two healthy lambs. Twins.  Indeed, a happy occasion for the farmer; the birth went smoothly, without any losses to bear. Mazel Tov.

It was a few days later that an astounding discovery was made. On the sun-kissed field there stood Agnetha and Anni-Frid. But low and behold – BOTH were gently licking and tending to a precious little lamb! It was not down to a miracle, but rather a very poignant display of deep care and selfless love. Moved by the immense grief of her distraught friend, Anni-Frid has gifted one of her new-born lambs to Agnetha! 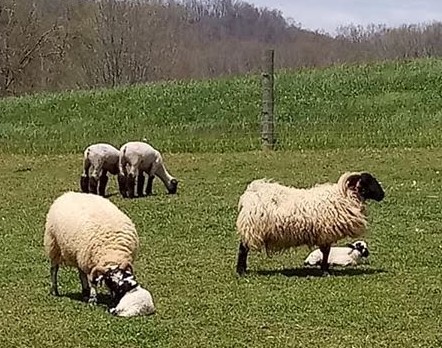 Agnetha (l) with the newborn lamb given to her by Anni-Frid (r) after her own was still-born. They are Suffolk sheep, one of the most popular of English breeds.

From the update I have read, the little lamb and Agnetha have deeply bonded. She mothers him gently, and he in turn follows here everywhere. She is his mother, and he is her baby. Forever.

Hold on a minute. Forever?

Well, no. In an ideal world the ending should have been “and they lived happily ever after…” but this is the real world, and this is a sheep farm, and there are no happy endings to these sheep.

One day soon-ish, as the lambs grow and fatten enough, they will be taken away from Anni-Frid and Agnetha. Imagine the horror and the desperation Agnetha will experience all over again. How many nights will she call him? I don’t know. A broken heart of a sheep must feel the same as that of a human. It was her miracle child. The epitome of the most beautiful friendship. But there is no mercy in the industry of flesh harvesting. How many more lambs will Agnetha be forced to deliver before her time is up and she and Anni-Frid are loaded on the truck that takes them to their horrific death? I couldn’t tell you. But the ending is a given. They will not escape it.

Now, I could have finished the story here, and allow you the reader to make the connections yourself, to draw the conclusion about the cruelty of flesh eating. To realise the insanity in sentencing such incredible beings to death simply because that’s what we’re used to. But there is another point I still wish to make.

As mentioned, the particular farm where Agnetha and Anni-Frid’s tale took place, promotes the 4-H programme. This programme, like the AAF and probably others, encourages children to raise animal friends all the way to slaughter. Children are assigned a young animal, be it a calf, a lamb, a kid etc., and they raise it with the devotion only a child can show when they want to prove themselves to adults. As can be expected, with time a bond is formed between the two children, the human and the non-human. The animal child learns to trust their human friend, and the human child cannot help but deeply connect with ‘their’ animal. But the time comes when the animal is ready to be sold for slaughter and it is the child’s duty to prove maturity as they are forced to say goodbye to their animal friend and leave them behind. Social media is full of soul-destroying images of distraught children crying, while their disconnected parents are full of praise for their children who managed to handle the devastating situation so well. 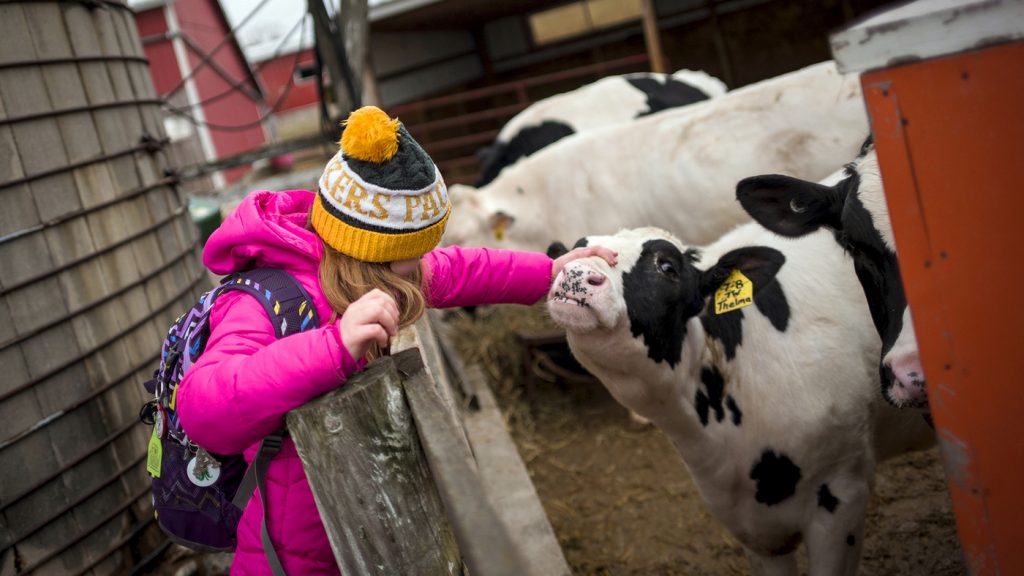 Saying goodbye to a beloved animal is the hardest thing for children.   As part of the 4-H pledge, (4H stands for ‘head, hart, hands and health’) members vow to use these four things for the betterment of “my club, my community, my country and my world.”   But what does it tell them about values such as compassion? Empathy? Loyalty? Trust?

When I first came across this travesty, I couldn’t believe it at first, but I’ve been on social media for long enough to have come across this insanity time and time again. What does it really teach children, this practice of allowing them to connect with animals, knowing that this bond is doomed, and their trusting friend is scheduled to die sooner or later? What does it tell them about values such as compassion? Empathy? Loyalty? Trust?

What it does is desensitise these children to violence in the most abhorrent way possible. It makes them betray their friends whom they love in such an unforgivable manner, while the adults around them cheer on. These children’s natural sense of compassion is being actively lobotomised out of them, replaced with cold apathy and detachment from the cruelty they are directly responsible for. It is hard to comprehend how it’s not legally considered as parental child abuse.

And so, while Agnetha and Anni-Frid have shown us the kindest, deepest form of selfless love between two beings, what farming clearly shows us is that it’s time for it to end. 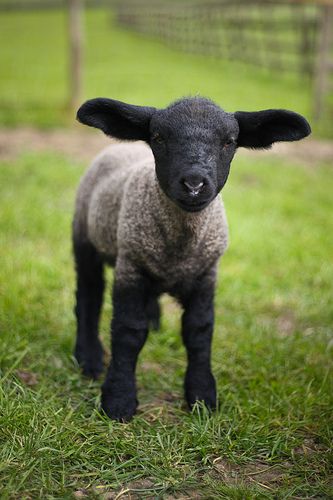