An Untold Story That Had To Be Told – Director of ‘MILKED’, Amy Taylor 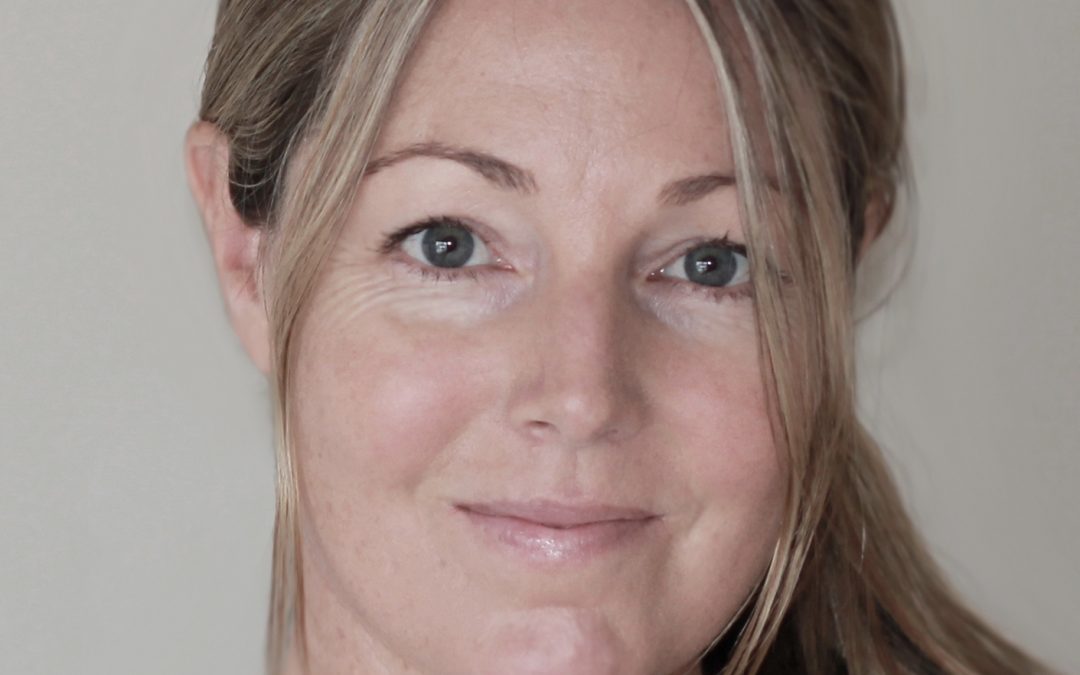 The dairy exposé MILKED is reeling in the awards while the Dairy Industry remains silent… In this article End Animal Slaughter’s Sandra Kyle talks to its inspirational Director, Kiwi filmmaker Amy Taylor.

Amy, you have had enormous success with your latest feature length documentary, ‘MILKED’, that is an expose on the Dairy Industry. We’ll get to that soon, but can you begin by telling us a bit about your background, including where you were born and went to school?

I was born in Christchurch but moved around a lot and then spent 7 years in Whitianga as a child, so it feels like home for me here. I went to Mercury Bay Area School but we moved again when I was 14, and I left school at 15. I didn’t go to university until 10 years later, after travelling and figuring out what I wanted to do. Then I studied marine biology which led to a Bachelor of Applied Science at AUT, followed by a Postgraduate Diploma in Science Communication at the University of Otago.

When did you become vegan, and why?

Like most people I was totally addicted to dairy as a child, especially cheese and butter, and although I was vegetarian as a teenager (for ethical reasons, because there wasn’t much science available then about the impacts of animal agriculture on the environment and human health) it took a while for me to learn about the dairy industry. Then I discovered that surplus newborn calves were taken from their mothers and sent to slaughter, and I gave up dairy in my late teens. I also completed a diploma in Naturopathy and had written a thesis about the benefits of a vegan diet, so I was aware of of the health impacts too. It’s interesting that there’s a reason why dairy is so addictive too, it contains casomorphins so it can take a few weeks to get over the cravings. But a few years later while travelling and struggling to find vegan food – luckily things have changed! – I began eating dairy again because I somehow convinced myself it must be ok now, they must have found a way to make it without killing the calves that are seen as a byproduct of the industry. I kept those blinkers on until I had my son and somehow I instantly saw milk for what it is – a product made by mothers for their young – and how wrong it was to be consuming it from another species. Both my son Jai and my husband Mike are vegan also, I think that providing information for them (documentaries for Mike, and vegan-themed kids books and films for Jai) has really helped them understand the reasons for being vegan so they have their own motivation for doing that.

I had my son and somehow I instantly saw milk for what it is – a product made by mothers for their young – and how wrong it was to be consuming it from another species.

Did you always know you wanted to make films? How did you get into the film business?

I had always loved programs like Our World as a child, and when I was studying science at university I realised that I was also drawn to the idea of filmmaking, so I decided to combine both. Once I heard about the Postgraduate Diploma in Science Communication at the University of Otago I knew that was what I wanted to do. The teachers were world-class (including many from Natural History NZ) and they drilled into us that story was the most important thing. I loved learning about filmmaking, and my student film about Hector’s Dolphins (Beyond the Kelp) was broadcast on Māori TV, which helped give me the confidence to pursue it as a career.

Tell us about the other documentaries you have made.

The first feature documentary I made was about Moko the friendly wild dolphin who had turned up in Whakatane, just down the coast from where I was living in Mount Maunganui. I spent 6 months living in my van down there and filming in the water with Moko every day, it was an incredible experience but it had a tragic ending which is shown in the documentary I made (Soul in the Sea). That film was broadcast here in NZ and was shown in film festivals around the world. It was also nominated for an award at Jackson Wild, a festival known as the nature equivalent to the Oscars, and it was up against National Geographic and the BBC so unfortunately it didn’t win but it was an honour to be nominated. Since then I’ve been a lot busier being a mum so I focused on making short films for a while, including some for RNZ (Pig Man, Captain Aunofo, Apollo: Rise of the Poly-vegan Soldier) and one for Loading Docs (The Cube of Truth) which led me into making MILKED.

Why did you make ‘MILKED’?

The motivation for making this film came from a growing awareness I had about the dairy industry’s impacts on people, the environment, and on animals. I began looking into the dairy industry more and seeing the damage it does to the environment, as well as the water pollution, one of the most obvious being the huge amount of native forests and wetlands that have now been turned into a monoculture of grass and cows that covers a massive amount of the country. When I saw Chris Huriwai’s social media videos about the industry we began talking about the need to do a feature documentary about it, that was in 2018 and I began filming in 2019.

MILKED presents the reality of an industry that has a huge marketing budget to present it’s side of the story, which it does relentlessly and without reflecting the truth. I hope that people will watch the film before deciding for themselves which side of the story they believe. It’s an independent documentary and I spent nearly 3 years working on it because it’s an untold story that had to be told.

I began looking into the dairy industry more and seeing the damage it does to the environment, as well as the water pollution, one of the most obvious being the huge amount of native forests and wetlands that have now been turned into a monoculture of grass and cows that covers a massive amount of the country.

The dairy industry have been mostly very quiet about the film, they seem to be hoping that if they ignore it, it will go away. I’ve seen a lot of comments accusing the film of being fictional and propaganda etc but all of our sources are available on our website (milked.film/facts), and as yet no one has pointed out anything specific that is inaccurate. It’s easy to make general statements to try and damage the credibility of the film (one reviewer did this by calling it ‘deeply flawed’ in the headline, without any real basis for doing so), but it’s obviously not so easy for them to find any actual fault in the research and information we presented. We have had quite a few dairy farmers contact us saying that they’re aware that these issues are real and that we need to be urgently transitioning away from dairy, so it’s not everyone in the industry with their head in the sand.

There are some solutions featured in the film, but basically we want the industry to be honest, the government to help dairy farmers transition, and for consumers to know the truth about what they’re buying.

There are some solutions featured in the film, but basically we want the industry to be honest, the government to help dairy farmers transition, and for consumers to know the truth about what they’re buying.

I felt rather teary when I watched it at the Palmerston North premier, because I was so moved by it. It felt like a game changer to me; so convincing, and so well filmed and edited. I’m positive it is changing hearts and minds all over the world. Don’t tell me you did all the filming and editing yourself on MILKED?? Would you say it was a ‘labour of love’ for a number of years?

I would say it’s the hardest project I’ve ever worked on, that’s for sure! It was a labour of love, but it wasn’t an easy experience. It started off as a very small budget project which meant I had to juggle multiple roles, including producer, director, cinematographer, and sound recordist. I was also researching for the film and working out the story and the animations as well (Cam Orr created the animation). Then I edited a roughcut of the film alongside Annie Collins, before finishing the film with Debbie Matthews (from Farmwatch, she is featured in the film also). There was over 100hrs of interviews to go through, so the edit took a lot longer than the shoot, which was only about 3-4 weeks in total. Covid slowed things down a bit, but I’m happy that the film was made in around 3 years, I found out that Seaspiracy took nearly 6 years and I’m not sure I would have the patience for that length of time!

Tell us about the awards and nominations MILKED has received so far.

MILKED has won the following awards:

MILKED has also been nominated at the 20th Anniversary of Cinema for Peace.

What do you think the future holds for dairying in New Zealand, and worldwide?

I really hope that governments around the world help farmers to transition out of dairy sooner than later. As well as the fact that it’s unhealthy for people, destructive to the environment, and cruel to animals, something that most people aren’t aware of is that real dairy products can now be made without cows, and huge money is going into scaling up this industry – Perfect Day Foods is one example of a company focusing on this. The dairy proteins casein and whey are being produced in fermentation tanks from microbes, instead of in the mammary glands of cows. This precision fermentation process is how the majority of rennet for the dairy industry is already being made, and it’s been predicted to wipe out the global dairy industry in the next 10-15 years. NZ’s milk powder exports will be one of the first to go.

Something that most people aren’t aware of is that real dairy products can now be made without cows, and huge money is going into scaling up this industry – Perfect Day Foods is one example of a company focusing on this.

Finally, are there any other projects you are working on?

I’m planning a film that follows a dairy farm transitioning out of dairy… early stages for now but I’m excited about learning more and documenting it to hopefully help inspire more positive change. I have some other ideas also, but one thing at a time!

We know that you’ll be taking some time in France after the latest awards ceremony to cycle around the French Riviera and meet up with friends. We hope you have a wonderful time! Hopefully, we can catch up with you again on your return.