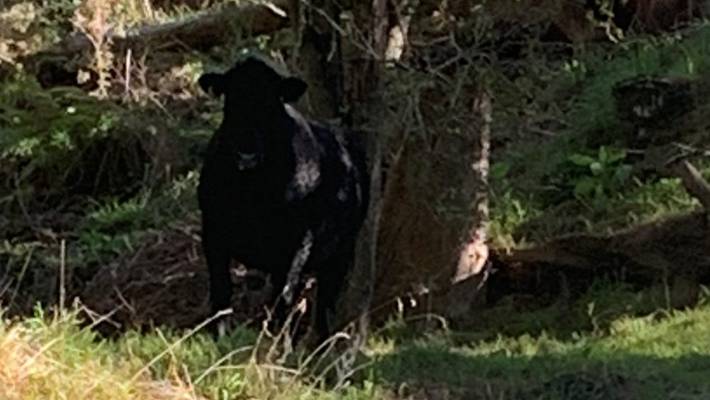 Do we really think that cows (or other animals) in line for slaughter don’t suspect what’s about to happen to them? Don’t they have the senses of hearing, smell and vision, and a brain to process the information it receives, just as we do?

Make no mistake, cows waiting at a slaughterhouse feel fear.   They know something is terribly wrong.  They can ‘smell the blood in the air’; can hear the desperate mooing of other cows and the rough yelling of the workers.   They see their family and friends disappearing, and wait in vain for them to return.   In some places they see them being slaughtered right in front of them.

In 2019 four bulls made a desperate bid for freedom from an Auckland abattoir.

They didn’t make it.

“Tragedy! Let the bulls live!” It was said that they earned their new freedom
Freedom however is just something that cannot be earned.

“Blame them not, I would run too!” came the words through a mouthful of beef steak
Never considering that they were escaping from you.

Trying their damnedest to get far away from the imminent slaughter
Sensed with their eyes, with their ears, and with their noses, they knew.

Cops had said “They were aggressive and dang’rous,” while others cried “How brave!”
Here’s a descriptor much more accurate: frightened to death.

Fence of the abattoir couldn’t contain the quartet of scared cattle
galloping over the road into the park at the end.

Demonised workers who chased them were trying to make their own living
Cattle who ran for their lives ended up paying with death.