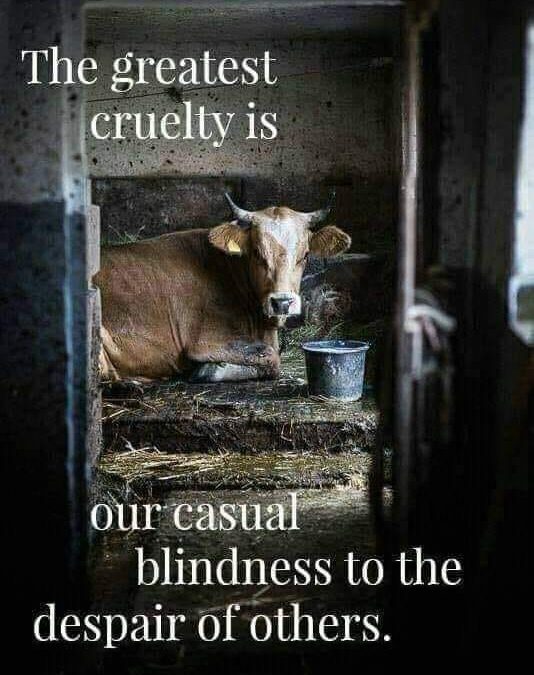 There is an International Day for nearly everything, including the toilet, the frog, the coffee bean – and the farmed animal.   On World Farmed Animal Day it is an opportunity to remember and mourn the 70 billion cows, pigs, chickens, turkeys, and other sentient land-based animals who lead lives of sheer misery in the world’s factory farms, and are then brutally slaughtered for our dinner table.  End Animal Slaughter contributor LYNLEY TULLOCH urges us to stop turning the other way, and stand up and fight for their rights.

If you blinked you may have missed it. The 2nd October 2019 was the ‘World Day for Farmed Animals’. It is also Ghandi’s birthday. There seems to be a day for everything, even a ‘World Frog Day’ on March 20 and a ‘World Toilet Day’ coming up in November 19.  I am still patiently waiting for ‘World Coffee Day’ – oh wait. It was on the 1st October. Not to mind, if I missed it. I drank my usual amount of black coffee on that day and celebrated it in private.

There is often an unexpected message behind many of these special days. For example ‘World Toilet Day’ was convened by United Nations and aims to raise awareness about sanitation issues across the globe. Apparently 2.5 billion people across the globe lack access to proper toilets. I am not sure if that includes the unpopular freedom campers here in New Zealand. But what about farmed animals? New Zealand has many more farmed animals than it does freedom campers. It is only fair that they get a look in. What is 2nd October mean for farmed animals? ‘World Day for Farmed Animals’ was set up in 1983 as part of an international campaign of Farm Animal Rights Movement (FARM), from Washington DC.

Here in New Zealand ‘World Day for Farmed Animals’ was marked by Slaughterhouse Vigils, which are part of the ANIMAL SAVE movement. In Wellington, Christchurch, Nelson and Whanganui, activists stood outside slaughter houses to honour the victims who were being killed behind closed doors. 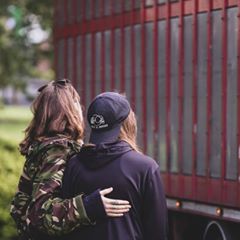 Standing at the slaughter house gates is one way of making visible the suffering of animals. It is a rather unpalatable fact that in order to get onto your plate animals must first be farmed and killed. It all gets hidden behind closed doors and smelly transport trucks. And the killing is definitely out of sight. We are told it is ‘humane’ and that there are rules and regulations to ensure animals live well before being killed.

Call it humane if you want, but I am not convinced that having my brains electrocuted or shattered before my throat is cut would be my preferred form of death. I’d prefer to go out in my old age while I am sitting quietly drinking coffee, nursing a frog, and sharing the need for worldwide sanitation on social media. Well, anything really, apart from death by electrocution and stabbing. I think there should be a ‘World Day to Call a Spade a Spade’.  No death this way is ever humane – and if you can’t say you would be happy having it done to you, then you have no business inflicting it on another living and sentient being. 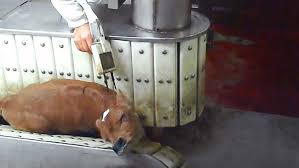 It’s the reason I drink my coffee black and bitter. It matches my mood. I’m terribly bitter about the plight of farmed animals for a variety of reasons. I know humans have been domesticating and farming animals for about 10,000 years. I realize it is oftentimes regarded as a turning point in human evolution. I’m not here to judge my ancestors who have been dead for thousands of years. They might have lived and breathed, blood dribbling down their stubbly beards as they chomped into a half-cooked piece of meat, but I am not certain it justifies what we do to animals today.

My ancient ancestors did what they had to. They set their square jaws rather firmly, gathered up the goats on the hills and put them in a pen. I can’t argue with that. But I am here in 2019 in peace, with my coffee (no milk), feeling bitter about the calves who died for those who like cow’s milk in their coffee. Around 2 million calves are killed every year in New Zealand for the milk their mother’s make. These cows are impregnated with the express purpose of inducing lactation from birthing. ‘World Day for Farmed Animals’ was an opportunity to try and raise awareness of this, and other, unpalatable farming facts. 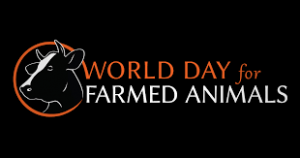 ‘World Day for Farmed Animals’ is, like other days, an attempt to make visible some injustices in our world. Coffee growers often get paid unfairly for their produce – hence we have ‘World Coffee Day’. Frogs may become extinct. We have World Frog Day.  Animals are raised in intense confinement and filth and killed by electrocution and stabbing. Literally billions of them in fact. Is one day enough?

The animals that are killed and farmed include newly hatched male chicks who are ground up alive or suffocated. Laying hens who are crammed in small wire cages. Pigs in gestation crates, pigs in gas chambers, piglets who have their curly tails cut off without anesthetic, dairy cows who have their calves taken from them, farmed fish who suffocate slowly. Newborn dairy goats whose heads are slammed on concrete. 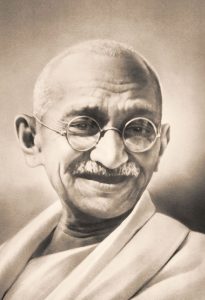 Gandhi, whose birthday it was on ‘World Day for Farmed Animals’, famously said: “Be the change you want to see in the world”. So I try. I don’t eat animals or animal products. I rescue bobby calves. I try.   It is all any of us can ever do.

We have nearly a whole year to prepare for the next ‘World Day for Farmed Animals’.  During that time more than 70 billion land will be killed for food globally. The scale and the suffering are unimaginable.

Don’t blink next year. Stand up and fight for their lives. All 70 billion of them.