In the wake of Lewis the Koala’s death, there is Hope

Millions are grieving the death of Lewis the Koala but his legacy will live on,  writes End Animal Slaughter contributor LYNLEY TULLOCH.

Ellenborough Lewis – or Lewis for short – has died. The rescued koala received substantial  burns in the bushfires in Australia and was rescued by a passerby. Taken to Port Macquarie Koala Hospital, Lewis was treated for burns and dehydration and given pain relief. Unfortunately he was just too badly burned. Port Macquarie hospital uploaded a post on Facebook saying he needed to be euthanized as he would not be able to recover from the burns.

Just yesterday I wrote an article about Lewis on this website, believing that he would live.   But today, all hope is lost.   Lewis could not survive the burns to his hands, feet, arms and the inside of his legs, so was humanely euthanised.   Lewis had nowhere to go when his home burst into flames. Neither did the hundreds of others who did not make it out of the Australian bushfires.

Koala Conservation Australia President Sue Ashton has been quoted as saying “We think most of the animals were incinerated – it’s like a cremation. They have been burnt to ashes in the trees.”

ing thought, and brings a whole new meaning to the quote ‘ashes to ashes, dust to dust’. Personally, I don’t care much for such quotes. I know we must all come to an end someday, but no one deserves such a horrific death as being cremated alive.

As a child, I lived in Australia for some years. Koalas always fascinated me. They blended into the environment so perfectly, so intricately connected with their home. They are a unique part of the Australian landscape. Reports of them becoming ‘functionally extinct’ are devastating.

It’s difficult to know how to write about such a tragedy without reducing it to platitudes. The bushfires raise so many issues that need to be addressed. Climate change and the increasing risk this poses for bushfires; loss of the diversity of life on the planet; the human impact on the natural environment as we encroach on wildlife habitat. These issues are all so significant in the wake of the bushfires.

I come back to myself as a child, experiencing the koala with all my senses, the way children do. I return to my memories at a time when hope was a natural way of being.

I also keep coming back to Lewis. All animals have an inner life that is often not recognizable to humans. They are conscious of their existence and experience a range of emotions with intensity. They are not ‘lesser beings’ than us. They are our fellow Earthlings, and many of them have been here a lot longer than we have.

As I watched Lewis’s story unfold, along with millions or others, I hoped for his survival. I hoped the little guy would have another chance at life. I hoped life would rise once more from the ashes.  That is one thing that is so great about both humans and nonhuman animals – we have hope. We have poetry in our hearts, and songs in our veins. We have life. We are all interconnected and yet we all experience the world in our own way.

Lewis had his own way of experiencing the world, it was unique and special to him. He was an individual and once we named him, we felt that he was one of us. We thought we knew Lewis. We cared about him and his life, like we would never have if he was ‘just another koala’ sitting in a tree. Once the poetry died in Lewis’s heart, we died a death too.

Somewhere deep inside us, we know that life would not be so special without our fellow Earthlings alongside us for the journey. We know that life’s poetry requires diversity to thrive and to have meaning.

We must not let hope die. For Lewis, let’s honor his memory by fighting against koala habitat destruction so they do not become extinct. Stuart Blanch from WWF Australia has said that while koalas may become functionally extinct in some areas, there are still large areas with viable koala populations. They will only go extinct, he says, if we make them.

And so our hope resides with people who work to save koalas. Blanch goes on to say that koala habitat will regenerate and this reforesting will build their numbers again. One of the main threats is humans encroaching on their habitat and clearing land. Blanch says: “You can bring more koalas back if you stop bulldozing trees and start letting trees regrow.”

To Lewis, I dedicate life’s song. For Lewis I cry. For Lewis I hope.  Thankyou to Toni Doherty, the compassionate grandmother who rescued Lewis, and to the staff at Port Macquarie Koala Hospital who tried so hard to save his life.  You are our heroes, our Heroes of Hope. 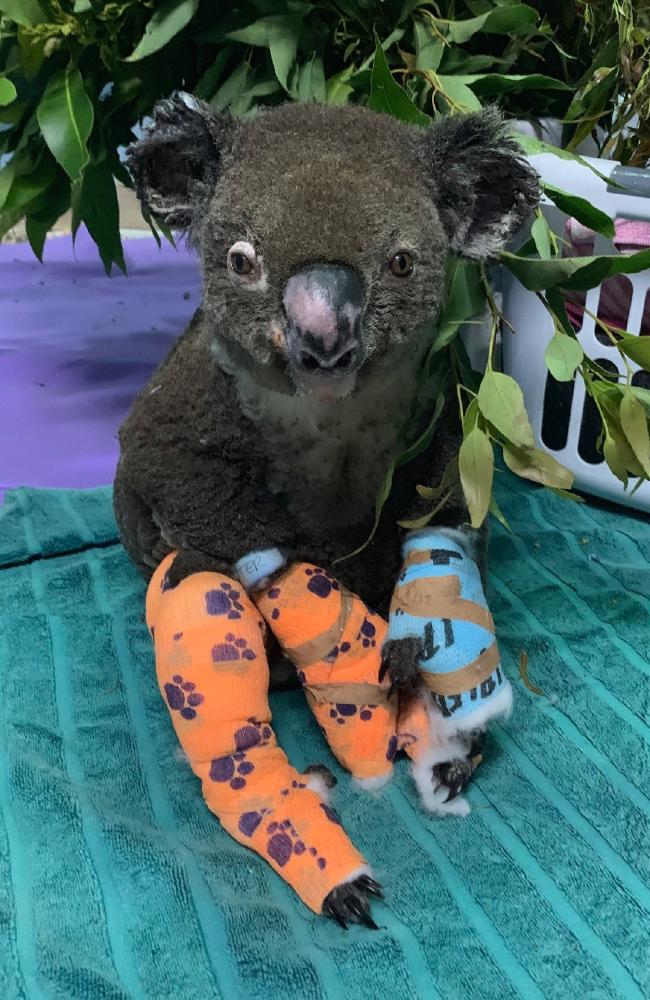