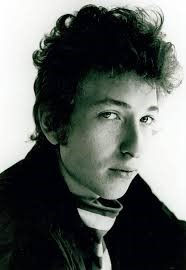 Back in 1964 Bob Dylan wrote ‘The Times They are a Changin’ which became an anthem of change for the Civil Rights and Anti-War movements.   In 2019, while we are facing a myriad of environmental and social issues, the song remains a point of reference.

As we enter the 2020s, we have to realise that change is now imperative.   If we don’t change our ways very quickly, we may not have a habitable Earth to live on. Climate change, which in large part has been caused by industrial activity and animal agriculture, is creating massive biodiversity loss, collapse of ecosystems and extreme weather events.   Unless real and sustained efforts are made now, it will only get worse, with cataclysmic results

Everyone wants to avoid this, and everyone wants a change for the better.  Yet just what ‘better’ is remains a point of contention.  Some people want to continue with the old ways.   ‘Old ways die hard’, the saying goes, something that Dylan also recognized. Addressing mothers and fathers he talked about a new path, and told them:

The message then, and now, is to the older generation who want to stick to the old model to ‘get out of the way’.    It is our version of ‘human progress’ that has caused the disastrous problems we now face.  But our view of human advancement, based on human supremacy and domination over other animals and the environment, has ultimately been our downfall.

Fortunately, more and more people are recognising that the old methods of domination and killing are not the way forward.  More of us are recognizing that we need to respect the Earth and all her inhabitants, and work with her not against her.

One of the ways we need to change involves animal-based agriculture.  Raising animals for food is no longer sustainable.  The creation of antibiotic-resistant bacteria, water pollution, climate change, and land degradation are all significant problems associated with farming animals. And – dare I say it – rearing and slaughtering them, often in appalling conditions in order to eat them, is both barbaric and cruel.

No one wants to die, least of all the animal on your plate. We should not be breeding animals with the explicit purpose of consuming their flesh.  Not only does it cause them immense suffering and pain, study after study has shown that it is also bad for our health and the environment.

Changing our diet is one, very significant way every single person can help to stop the disaster of climate change.   We have to accept that the need is urgent.   If we don’t become part of the solution rather than part of the problem, then we will only have ourselves to blame when we no longer survive as a species.

‘Come gather ’round people
Wherever you roam
And admit that the waters
Around you have grown
And accept it that soon
You’ll be drenched to the bone.
If your time to you
Is worth savin’
Then you better start swimmin’
Or you’ll sink like a stone
For the times they are a-changin’.’

Change is hard, but it is imperative we embrace it.   If you don’t want to be part of compassionate social change for the better, then you had better step aside.