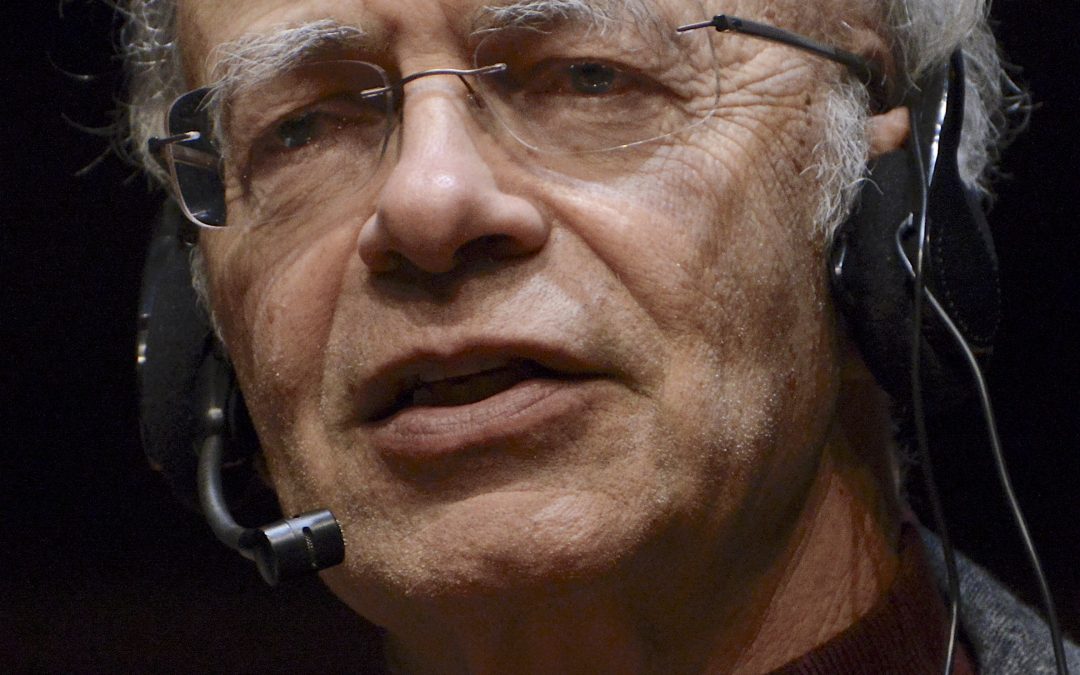 End Animal Slaughter’s congratulations go to Professor  Peter Singer who is the sixth recipient  of the Berggruen Institute’s annual $1 million Berggruen Prize for Philosophy and Culture.

Established by French-born billionaire philanthropist Nicolas Berggruen in 2016, the award goes each year to thinkers whose ideas have profoundly shaped our world.

The Berggruen Prize jury chose Singer because he has been extremely influential in shaping the animal rights and effective altruism movements, and has for decades worked for the eradication of global poverty.

I have some of Professor Singer’s books, and admire him as a rigorous and fearless ethical philosopher.  Some of his views have been controversial, but as he wrote when he launched the Journal of Controversial Ideas in 2020, suppressing a view that may offend some people ‘would drastically narrow the freedom of expression on a wide range of ethical, political and religious questions.’  Freedom of thought, rightly, receives absolute protection under international human rights law.  Rather than suppressing views, it is informed, rational and compassionate public debate that is called for.

I still remember as a young woman reading Animal Liberation, the book Singer wrote in the 1970s to argue that the suffering we inflicted on our fellow animals in food production and research was morally indefensible.   Even today I recall how my hand shook as I turned the pages, wondering what other horrors of our inhumanity to our fellow beings would be revealed.  This book helped chart the course of my life, and I will always be grateful to Professor Singer for that.   I also know of many other activists who read that book, and acknowledge the seminal it played in their life’s work.

Nearly fifty years later, Singer remains a powerful force for change.  He will donate half the prize to The Life You Can Save, a charity he founded to help the world’s poorest people, and the remainder will go to animal charities, especially those working to free animals from factory farms. You can help decide how some of the money he is donating will be allocated by going to his charity’s website.

As Nicolas Berggruen says, Singer’s ideas ‘have inspired conscientious individual action, better organised and more effective philanthropy and entire social movements, with the lives of millions improved as a result.’

Thankyou Professor Singer for everything you have done and will continue to do.  This prize is very well deserved.