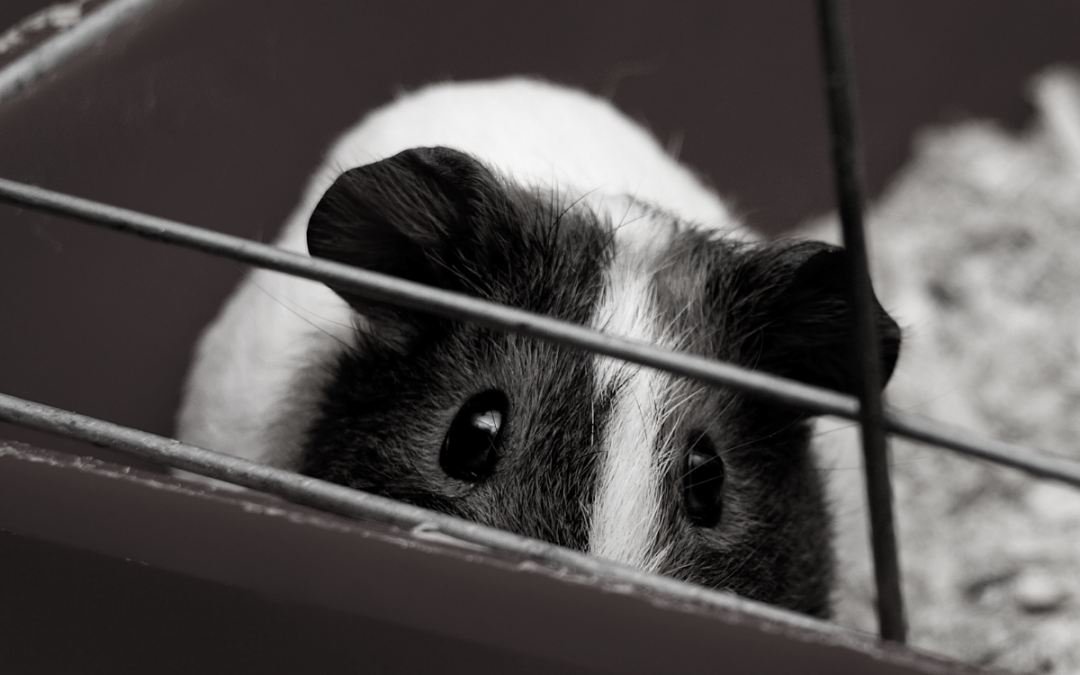 All Over the World animals live barren lives in laboratory cages, and endure painful and disfiguring procedures in the name of science.

But it is ‘bad science’, producing invalid results, and superior alternatives to cruel animal testing now exist.  It is time to bring it to an end. 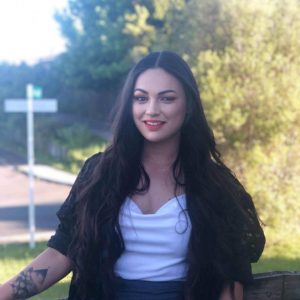 1 Tara, what are the statistics around laboratory testing on animals in New Zealand?   Is it different from comparable countries, say Australia and the US?

In NZ animals manipulated for claimed scientific purposes are categorised by the government into three groups — research, testing and teaching (RTT).

Approximately 300,000 animals are used for research, testing and teaching (RTT) in NZ every year.

The most commonly used animals for RTT in 2016 were cows, sheep, fish, mice and birds with cows ranking at #1. In other countries the most commonly used animals for claimed scientific purposes are normally mice or rats. In NZ we are unique in that a lot of research goes into trying to enhance the animal agriculture industry, which explains why cows and sheep ranked the #1 and #2 most used animal in RTT in 2016. You can read more about this here https://nzavs.org.nz/articles/vivisection-and-agriculture/

2 Where are they tested on, and who by?

At least 139 different facilities across NZ use animals for RTT.

In short, places that use animals for research, testing or teaching purposes can be found all over NZ. Universities, Commercial organisations, Crown Research Institutes, Government departments, Polytechnics and Schools all use animals for RTT purposes in NZ.

Most animal labs will be well hidden, and you may walk or drive past one on a daily basis without even knowing. For example, the University of Otago’s animal lab is on the top story of the Hercus Building which is right in the heart of Dunedin.

3 Can you give us some examples of the type of tests animals endure and the reasons for them?

Animal testing and experimentation is often detrimental to the individual animals involved. Examples happening in NZ include:

One example of an awful animal test happening in NZ is the Forced Swim Test. The Forced Swim Test is a cruel and invalid animal test that is used as a misguided attempt to mimic depression or hopelessness in humans. A small animal, usually a mouse or rat, is given an experimental treatment and then placed into a beaker partially filled with water.

Unable to escape, the animal will paddle desperately until they give up and float. Many animals are terrified. The amount of time that the animal spends struggling versus floating is measured. The claim is that when animals spend more time floating, they are deemed to be more “depressed.” See a short video demonstrating this here. You can find out more about this test here https://nzavs.org.nz/forced-swim-test/

4 Animals are not being tested on all the time. Describe their life in a laboratory.

There is no one mould that fits all animals for this, some animals will spend their entire life without seeing sunlight or breathing in fresh air in an overcrowded cage with nothing but a paper towel to play with, while others will spend their lives in spacious paddocks with other animals.

There are also breeding units in NZ where animals are used for RTT and then returned back to the breeding unit until the next time they are “needed.”

5 Many animals are sacrificed for classroom biology experiments.   What do you say about vivisection in our schools?

There are so many teaching methods available that don’t involve the use of animals (dead or alive), it is utterly pointless to dissect animal bodies.

From amazing virtual learning, books and sophisticated models to computer models, the animal-free options are endless!  Animals don’t need to be sacrificed for their anatomy to be learnt by high school students, humane education is the way forward for animals and students.

There are many reasons why humane education is better than harmfully using animals including:

Some animals are bred and killed for the sole purpose of being used in animal dissections. If a humane alternative is used instead, these animals can be rehomed, or they may never have been bred for this purpose in the first place! Animals are sentient and should be treated with love and respect, they should not be treated as if they are mere lab tools.

Dissecting animals may also teach students that the right, and perhaps only way to study biology is to kill animals and take them apart which we know isn’t true. It’s important that children learn to have compassion for animals and to recognise each animal’s inherent worth.

The impact on student well-being is minimised

No student is going to be negatively emotionally impacted by using a humane teaching method. However, the same cannot be said for teaching exercises that harm animals. For the students who don’t disconnect with what is happening, they could be left with psychological trauma. Stressful situations like this may also put students off wanting to pursue a career in science.

Students often perform just as well, if not better when using non-animal alternatives. These alternatives can be repeated to consolidate learning and they remove the emotional trauma that animal dissections can cause some students. Learning can be impacted by a negative emotional state, students that are uncomfortable when participating in an animal-based teaching exercise, may not learn or retain information as well.

The principle of Replacement is promoted in NZ law. This principle states that institutes and individuals should replace the use of animals in teaching by substituting for animals, where appropriate, non-sentient or non-living alternatives, or by imparting the information in another way.
Many non-animal alternatives for dissection exist and students can meet their learning goals without using animals, so it is our ethical responsibility to use non-animal alternatives instead of animals.

When schools and tertiary institutes choose to use Humane Education to teach their students, they fulfill already existing guidelines such as the Principle of Replacement.

6 What are the alternatives to animal testing?

The short answer: There are so many viable methods of research, testing and teaching that don’t involve the harmful use of animals!

The long answer: There are many different types of research, testing and teaching and there are viable non-animal-based methods for many of these.

There is also a strong need for more non-animal-based methods to be developed — Where there are gaps there are also opportunities to create viable and humane methods.

Animals are not appropriate models for predicting the human response so when it comes to finding viable research methods for medical advancement, we need to make sure our start point is accurate — this is where human-relevant research is important

7 Do you think our Government needs to legislate against animal testing?

Absolutely. Instead of sticking to what has always been done, we should strive for what is best, both ethically and scientifically, and that is ending all animal experimentation.

At NZAVS our mission is to end animal experimentation and the harmful use of animals for research, testing and teaching in Aotearoa New Zealand – for animals, people and science.

Find out more and join our cause here https://nzavs.org.nz

Thankyou for your time, Tara!