The Real Price of Milk 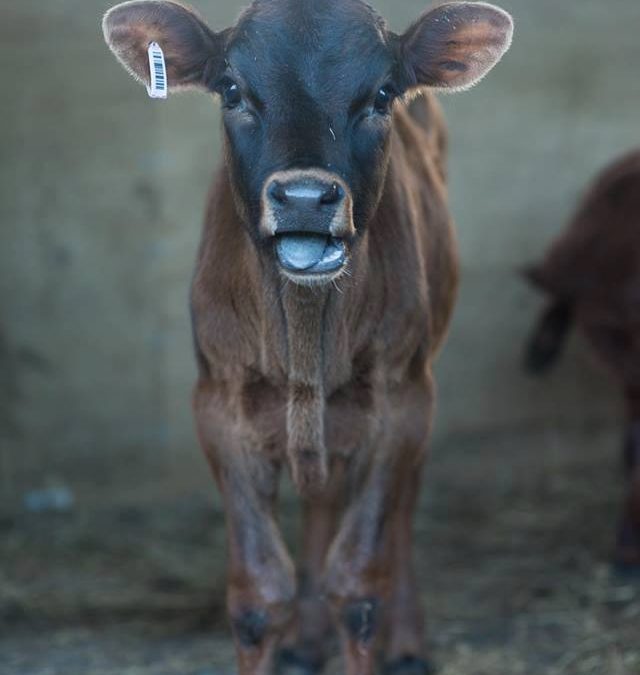 End Animal Slaughter contributor LYNLEY TULLOCH is filled with rage at the wanton slaughter of baby cows in the Dairy Industry.

One of the most harrowing memories I have is of watching very young calves being offloaded from trucks onto a ramp at AFFCO (a New Zealand slaughterhouse). Their tiny bodies stumbled away from large rattles being shaken by the workers. They filed to their deaths, a bunch of babies, confused, frightened, and desperate for comfort.

They got none. And they never would again. From the holding pen to the stun bolt, these babies were about to meet their deaths.

I wanted to tear down the fence with my bare hands and scream at them to stop. I could envisage it all in my head, the blood on my hands as I forced my way through the wire. The unglamorous fall to the concrete below and the subsequent manhandling by a security guard and police arrest.

Yet like a zombie I behaved myself. And like zombies the workers laughed and joked as they shooed the babies to the killing machine.

This is one of the hardest things of being an activist when you are face to face with the victims and perpetrators of violence. You can’t stop it. You want to, you need to, you rage, you tremble. Your body fills with adrenalin and there is no legitimate expression for it.

So you turn the violence inward. And you hurt.

Some people may find exception to the labelling of calves as babies. But that is 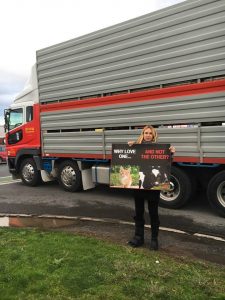 what they are, no matter how we might try to distance ourselves from this fact. They are mere newborns, just 4-10 days of age.  New Zealand kills around 2 million of them every single year. The majority are male but a sizeable number are unwanted females, and they are the living waste product of the dairy industry. Not to put too fine a point on it, we can’t use them, so what do we do?  We kill them.

They get loaded onto trucks. Legally they are allowed to spend up to 12 hours on a transport truck and up to 24 hours without any food. Once at their destination (the slaughterhouse), they are killed. Little babies, some with their umbilical cords still attached.  It makes me want to curl into a tiny ball and shut out the world.

One of the hardest things for me is the indifference people show to the plight of bobby calves. If they were puppies, or kittens, everyone would be all over it. If we drank dog or cat milk and killed the puppies or kittens, all hell would break loose.   We would have a circus on our hands with people forming Facebook oppositional groups, and there would be global media attention. But not so with calves.

I go to a café and I hear the expression ‘normal milk’ as opposed to plant-based milk. I want to say: “But this is not normal. This is the milk meant for baby calves. Taking the milk Nature designed for them, and killing them is pathologically abnormal. There is nothing at all normal about this behavior. It is ‘calves’ milk’ and the babies that should be drinking it are going to die because we don’t care enough to modify our diet.”

The sight of the calves I saw that day, walking on shaky legs down the ramp to their deaths,  lives as an undying rage within me. What if I had fallen from the fence to the enclosure of the slaughterhouse, spoke my mind, raged my rage, would I have been heard? 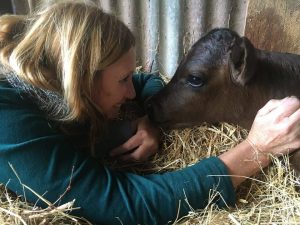 I’ve been called a terrorist, an extremist, an eccentric, a militant vegan, a flake. All of these labels are wildly ridiculous. Anyone who has seen me with a rescue calf who I nurture with extreme care knows I am merely a human doing my best to stop the killing of innocents.

If nurturing a calf with extreme care makes me an extremist, then it is a label I will wear.

As I write, early-June in New Zealand, thousands of bobby calves are either being killed or beginning their journey to their deaths. They have served their human purpose in life of inducing lactation in their mother.

I can’t save them all. I never will.

My voice will rise, accompanied by others , to travel on a wind current and speak to those who are able to hear. To speak of life loved and life lost, of the monstrousness of the human condition which creates waves of death. And of my own rage. 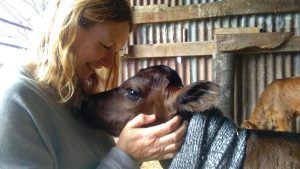