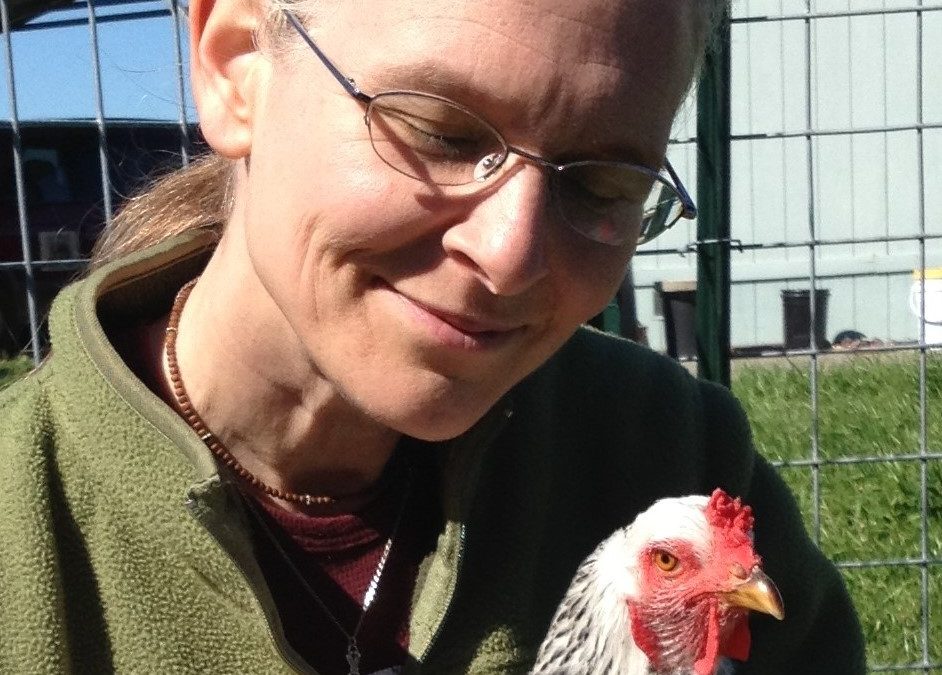 Next in our series on the writers of “VEGAN VOICES –  Essays by Inspiring Changemakers”, is Hope Bohanec.

Hope has been active in animal protection and environmental activism for over 30 years and has published the book ‘The Ultimate Betrayal: Is There Happy Meat’? She is the Executive Director of Compassionate Living and the host of the Hope for the Animals Podcast. She co-founded the Humane Hoax Project, the Ahimsa Living Project and has organized hundreds of online and in-person events including the Humane Hoax Online Conference, the Humane Hoax Chicken Webinar, and the Sonoma County VegFest. Over the last three decades, Hope has worked for the national non-profits United Poultry Concerns and In Defense of Animals and contributed chapters to two anthologies. Her forthcoming edited volume, The Humane Hoax Anthology, will be coming out in Spring of 2023 published by Lantern Publishing and Media.

“With the group SPAR (Sonoma People for Animal Rights), I had been organizing protests against all the small traveling circuses that came through Sonoma County, California, in the summers of the 1990s, and we were gaining sympathy and media attention. Any circus that dared to come to Sonoma County was surrounded by brave activists who would videotape its every move with cameras as big as toasters on their shoulders. We called animal cruelty violations into the local Humane Society and would leaflet attendees at every show, sometimes for two or three shows a day. Attendance went down every year, and after several years, the circuses started skipping Sonoma County on their tours of Northern California.

Just a few decades later, in the US, like in many other parts of the world, wild animals are no longer dragged around the country in circuses, no longer beaten and starved to perform tricks. Because of dedicated activists who continued this fight into the 2000s, we won that battle”.