Voices for Animals Across the Years: Richard Ryder 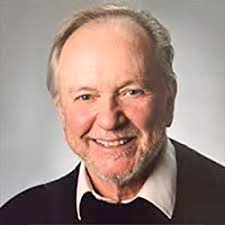 Richard Ryder has a special place in the history of the Animal Rights movement.  His influence was seminal in the early development of the notion of rights for animals,  and he is also the inventor of the term ‘Speciesism’, a central idea in the movement.

Richard Ryder was born Richard Hood Jack Dudley Ryder in Dorset, England in 1940.  After studying psychology and working in animal research laboratories, he began to speak out about animal experimentation, organising protests against animal experiments and also blood sports.  In the late 1960s when he was working as a clinical psychologist, he joined a group of young philosophers and writers loosely centered around Oxford University called the ‘Oxford Vegetarians’ or the ‘Oxford Group’.  In 1971 a book of selected essays emerged from the group, called ‘Animals, Men and Morals’  which argued clearly in favour of animal liberation/animal rights, rather than simply for compassion in the way animals are used.  The editors wrote in the introduction: “Once the full force of moral assessment has been made explicit there can be no rational excuse left for killing animals, be they killed for food, science, or sheer personal indulgence.”  These were truly groundbreaking ideas at the time.

In 1970 Ryder had a Eureka moment when he thought of the word ‘Speciesism’ to describe the assumption of superiority that humans have over non-human animals.  This prevalent notion has led to the widespread cruelty and abuses of countless billions of sentient beings, as well as the endangerment and extinction of many species, and environmental damage.  Shortly after this a young moral philosopher who had been influenced by the Oxford Vegetarians approached Ryder about a book he was planning, and asked him to co-author it with him.   The young man was Peter Singer, and the book the seminal Animal Liberation, published in 1975.  Ryder turned down the offer, but his influence was demonstrated in Singer popularizing the term ‘speciesism’ in the book.

Ryder’s accomplishments in the field of animal rights are extensive.   In 1972 he joined the Council of the RSPCA, becoming its chairman in 1977, during which time he tried to get rid of reactionary and pro-hunting elements within the organisation.  Also in 1977 he helped to organize the first academic animal rights conference, which was held at Trinity College, Cambridge.    The conference produced a “Declaration against Speciesism”, signed by 150 people.  In the 1980s he toured Europe, America and Australia, appearing on television and lending his assistance to campaigns to protect whales, seals, elephants and farm animals.     In 2004 he became Director of the Political Animal Lobby and later became Mellon Professor in the Department of Philosophy at Tulane University, New Orleans.

In the early 2000s, after a long and hard campaign, Ryder established the Eurogroup for animals – the major coordinating and lobbying organisation in the European community,  who “speak for animals and for the millions of European citizens who are concerned about the way animals are treated”  The group was instrumental in animals now being recognised in EU law as sentient beings.

Ryder has written ten non-fiction books on animal rights, psychology and moral philosophy, including Animal Revolution (2000), Painism (2003), and also a novel, The Black Pimpernel.   Now approaching eighty years of age, Ryder is still active writing and giving interviews, continuing his life-long work on behalf of the other animals that mankind has so unjustly exploited and caused to suffer.