Wayne Hsiung: A Future When We Love All Animals 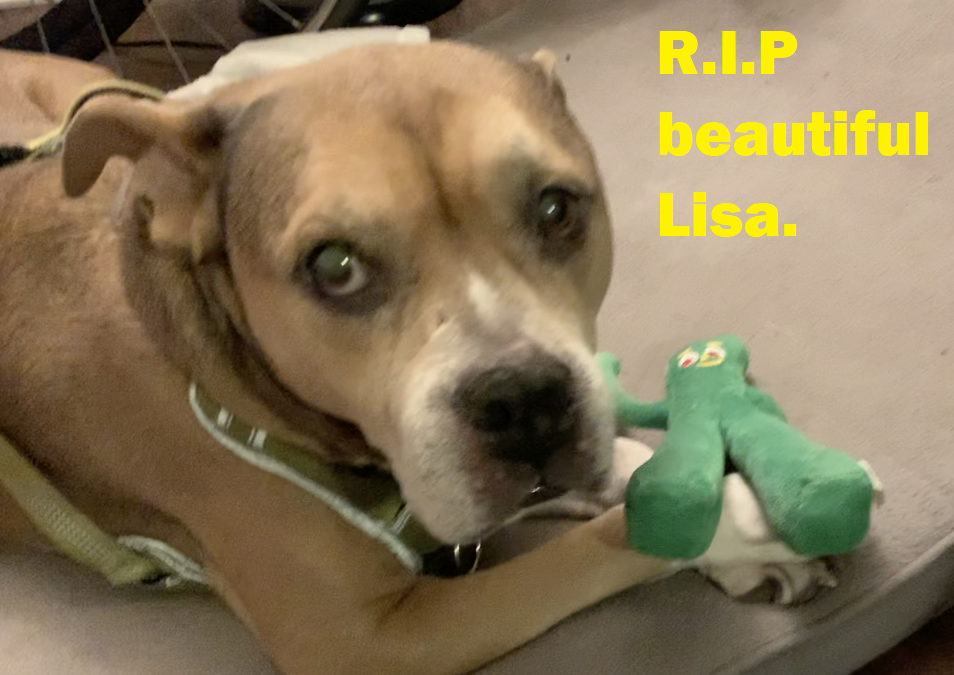 This article is by Wayne Hsiung, American attorney and animal rights activist (co-founder of  co-founder of the animal rights network Direct Action Everywhere (DxE).   It has been reprinted from Wayne’s blog page https://simpleheart.substack.com/

We are having a funeral for Lisa today. And while I expect it to be healing, it won’t be easy. I’ve written about this loss on two occasions now. And about my broader perspective on the meaning of grief.

What I’ve not said, however, is why we are having a funeral at all. I’ve only been to one other funeral for an individual non-human animal, that of my other beloved dog Natalie. And, to some, the concept of a funeral for a dog might seem odd or even a little silly. But Lisa’s loss weighs so heavily on us; the rite of a funeral will hopefully give me and Priya peace. More importantly, funerals are not just about those who grieve. They are about the importance of those we have lost. And in that sense, having a funeral for Lisa is not just a personal but a political act. It’s meant to say that her life had value, and should be treated with the same dignity and respect as we give to members of our own species.

But to understand this, I thought it would be interesting to dive a little more deeply into the history of funeral ceremonies. And it turns out that history is a long one. The oldest intentional burial in the historical record occurred at Qafzeh, Israel, over 100,000 years ago. Fifteen modern humans were found in a burial site, with 71 pieces of red ocher and ocher-stained stone tools, suggesting there was some ritual associated with their burial. Perhaps even more interesting is the burial site of a human child 78,000 years ago in Africa. The child, whose body was analyzed extensively using forensic tools and microscopes, was apparently laid down in a fetal position, and perhaps covered with a shroud and given a pillow. Those who buried her wanted her to feel peace and love even in death. To me, this shows that remembering the dead is part of who we are.

This is partly because human beings were hardly human 100,000 years ago; the fact that we had funerals suggests their deep connection to our basic identity as a species. One hundred thousand years ago, language, if it existed at all, was brand new to the scene. (The renowned linguist Noam Chomsky says that a chance mutation gave us the ability to speak exactly 100,000 years ago.) Neanderthals were still at our side, and would not go extinct for another 60,000 years. And wooly mammoths would still be around for 95,000 years. It’s hard to even comprehend how long ago this was (even though it’s still just a blip in the history of life on earth, which goes back a remarkable 4,500,000,000 years). Yet even in these remarkably different times, perhaps before we even had language, we were honoring our dead. That deep history seems important.

But the funeral rite also seems tied to our basic humanity because of the conceptual importance of death in our species. The Harvard psychologist Daniel Gilbert has argued that imagining the future is what makes humans unique on the planet Earth. (He is probably wrong about this, as this angry-but-well-prepared rock-throwing chimp has shown.) When we developed that capability, we also conceived of death for the first time, that empty endless space of the unknown. We are not, as a species, particularly good at handling uncertain fears; uncertainty is an emotional amplifier that makes even small risks seem terrifying. And so it’s not surprising to me that funerals have existed for 100,000+ years. They are, it seems to me, our species’ attempt to reckon with death, and therefore also with the sanctity of life.

That brings me back to the central point. If funerals have been part of our species, for as long as we have been on this earth, then performing funerals for other animals is a way to show that they, too, are part of our history, both individually and as a species. It is also a way to show that our understanding of the importance of death extends to our animal friends. And by honoring the one individual before us, we problematize the brutal slaughter of billions of others.

Traditionally, we slaughter these unknown masses without even individually recognizing the being who is about to die. This is most notable in instances of mass slaughter, such as ventilation shutdown. To the industry, it is not even recognized as death; it’s just clearing out the unneeded inventory.

Extending the funeral rite to animals shows that we can evolve beyond this. It shows that our species has the ability to overcome self-interest, and express love and care for an individual of another species who no longer has anything to offer us in return. This is, in many ways, our real super power as a species: our ability to empathize with, and therefore form kinship with, even those who are very different from us. The funeral elevates this idea.

I don’t know what the human beings of ancient Africa, or Israel, thought exactly of the ones they buried. But the respect given to the dead shows they had love for those they lost. And I hope, when we remember the funeral that unfolds today in Berkeley, that is what people will say about Lisa and her family.

You may not have known her, at least the way we do, but you will see that she loved, and was loved. And by doing so, perhaps you will see a future where we love all animals.